Matthew Nersinger (left) will be attending Fredonia State University in the fall, majoring in Theatre. Matt, a life-long Webster resident, has been involved in many local productions. With the Webster Theatre Guild, Matt was a member of the “Beauty and the Beast” cast in 2006. At Webster Schroeder, Matt was involved in every musical since his freshman year. Beginning as a stage crew member for “Little Shop of Horrors”(2002); “Crazy for You”(2003) and “Footloose”(2004) as part of the ensemble; then gaining lead roles in “Seussical”(2005) as Horton the Elephant, and “The Wiz”(2006) as the Tinman. He has also been involved in recent productions of Nazareth Academy’s “The Wizard of Oz” (2005) as the Cowardly Lion, and Penfield’s youth theatre group, the Young Open Honest Players, with their summer production of “Joseph & the Amazing Technicolor Dreamcoat”(2005). This summer, he will be highlighted in YOHP’s production of “West Side Story” as Tony. 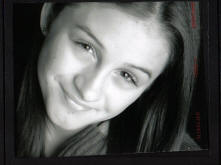 Mike Kent (left) will be pursuing fine arts at the University of Michigan School of Art & Design. “I believe there are certain events in a person’s life that define who they will become later on. These turning points shape character and personality and can forever change a person. I know that I would not be the person I am today if I had not walked into the auditorium when I was seven. That moment led me down a path which gave me confidence, courage, the desire to perform in front of others, and an eternal love of art in all of its many forms.” 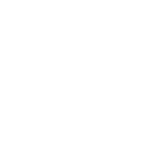 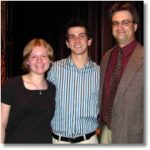 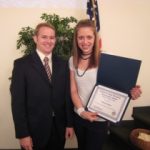